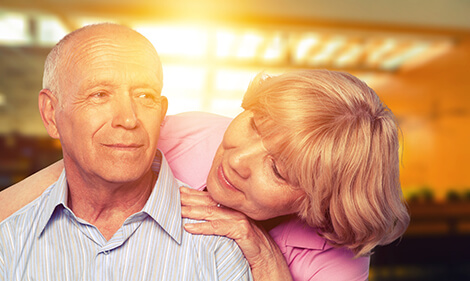 Alzheimer’s disease (AD) is the most common type of dementia, which is a class of neurological disorders, that is characterized by deteriorating memory, and can also involve difficulties thinking and even cause changes in behavior. While Alzheimer’s disease is not a part of the normal aging process, the risk of Alzheimer’s increases with age and most people that have the disease are 65 years old or older.

Recent estimates suggest that nearly 6 million people are living with Alzheimer’s disease in the United States, and it is the 6th leading cause of death in this country, making it a huge public health issue. There is no known cure for the disease, and most treatments are to improve the quality of life of affected individuals and their family and caregivers. There is a clear need for more research on AD to help find better treatments and eventually a cure.

Alzheimer’s disease is ultimately caused by brain cells dying. There are multiple causes (and potential causes) for the brain cell death, including both genetic and environmental factors.

One of the primary genetic links to Alzheimer’s disease is related to mutations in the gene encoding the apolipoprotein E (APOE) protein. Interestingly, some sequence variants in this region lead to increased risk for developing Alzheimer’s, while other variants actually decrease the risk level.

Mutations in other genes in the genome that encode amyloid precursor protein (APP), presenilin 1, or presenilin 2 also lead to early-onset Alzheimer’s disease, in which symptoms usually start showing up between 30 and 60 years of age. These mutations lead to the premature breakdown of APP, leading to the formation of amyloid- (A) plaques – which are one of the main pathologies seen in postmortem brains of patients that died from complications related to AD.

Environmental Factors & Other Risk Factors that Contribute to Alzheimer’s Disease

The research projects linking behavioral risk factors with epigenetic changes that might alter Alzheimer’s disease risk are still in progress and there are not many clear answers yet.

However, there do seem to be links between general health decline due to heart disease, obesity, stroke, hypertension, diabetes (and more) and increased risk of developing AD.

Similarly, behaviors that lead to unhealthy lifestyles such as smoking and poor diet increase the risk of developing Alzheimer’s disease. Research also suggests that eating well, exercising, good social life, and other positive behaviors promote general health and well-being as we age, including reducing the risk of Alzheimer’s.

The overall impact of environmental and behavioral factors on AD and the epigenetic mechanisms involved are still not well understood, but this is a hot area of research that is moving forward quickly.

As mentioned previously, the formation of A&beta plaques are characteristic of patients with Alzheimer’s disease and is associated with neuron cell death. There’s also another type of brain pathology referred to as neurofibrillary tangles (NFTs), consisting of hyperphosphorylated tau proteins, that is commonly observed in postmortem brains of individuals with Alzheimer’s.

It has been previously observed that Aβ plaques and NFTs spread through the brain in a manner similar to that of prion proteins associated with diseases such as Creutzfeldt-Jakob disease, bovine spongiform encephalopathy (a.k.a. Mad Cow Disease), and kuru.

Prions are pathogenic (disease-causing) proteins that can essentially “replicate” by contacting other normal, healthy versions of the protein and turning them into the prion pathogenic version – spreading almost like a virus. Researchers led by Stanley Prusiner, who made the original discovery of prions in the 1980s, leading to him receiving the Nobel Prize in Physiology or Medicine in 1997, demonstrated in their recent Science Translational Medicine paper that the APP protein in Aβ plaques and the tau proteins in NFTs from postmortem brain sample can act like prions and convert other normal versions of the proteins to the pathogenic versions.

Researchers have proposed in the past that APP and tau have “prion-like” properties, but many scientists didn’t consider them to be real bonafide prions because they replicated much more slowly than the original PrP prion protein that Prusiner discovered.

However, this new study reported on the discovery of newer and more sensitive methods for studying the putative Alzheimer’s disease prions that allowed the researchers to quantify the levels of these prion proteins better and more sensitively than ever in postmortem brain tissue.

One of the most interesting and unexpected results the authors found was that there were much higher levels of the AD prion proteins in the brains of patients that died from Alzheimer’s at a younger age than older ages, suggesting that the prion form of the proteins likely contributed to early-onset AD.

What’s Next for Prions and Alzheimer’s Disease?

Physicians previously thought that the extent of amyloid plaque or tangle formation in the brain was indicative of the extent of the Alzheimer’s disease state. The new findings reported in Science Translational Medicine suggested that AD might be caused by prions, and that prion activity might correlate better with disease progression than plaque or tangle size – and these data are turning the Alzheimer’s field upside down.

Having a better understanding of the mechanisms involved in Alzheimer’s disease will lead to better diagnostic tests in the future as well as contribute to the development of improved drugs to treat this disease.

As much as we do already know about this serious human disorder, it’s always amazing to think about how much more we do not yet know. More research, more funding, and more public support and awareness are all needed for us as a society to win the fight against Alzheimer’s disease.

What are your favorite recent epigenetics breakthroughs? We’d love to hear from you! Please contact us at blog@activemotif.com or on Twitter (@activemotif) to share your thoughts and feedback! We’re also looking for writers to contribute to MOTIFvations, so if you’re an established science communicator or just want to get started, please reach out – there might be a story we can collaborate on!