Methylation of cytosine on its fifth carbon, producing 5-methylcytosine (5-mC), is by far the most abundant epigenetic modification in mammals. As such, it has sparked considerable interest since its discovery nearly 100 years ago (Johnson & Coghill, JACS, 1925). In mammals, cytosine DNA methylation occurs predominantly on cytosines that are followed by guanines (CG or CpG), through a process mediated by DNA Methyl Transferases (DNMTs). This epigenetic mark is critical for gene expression regulation. When enriched at gene promoters, cytosine methylation is generally linked to gene silencing; however, methylation found in gene bodies is associated with increased transcriptional activity (Yang et al., Cancer cell, 2014). DNA methylation is also found at enhancers, repetitive sequences, and other genomic elements, and its deregulation is involved in many diseases, such as cancer (Yang et al., Cancer cell, 2014). Understanding the distribution of 5-mC is therefore a task that many scientists have decided to tackle, leading to the emergence of a plethora of methods for 5-mC mapping genome-wide.

Enrichment methods for 5-mC mapping rely on the capture of methylated DNA fragments. A popular enrichment method is Methyl DNA Immunoprecipitation followed by deep-sequencing (MeDIP-seq, Down et al., Nature Biotech, 2008). MeDIP-seq uses antibodies that specifically recognize 5-methylcytosines on single-stranded DNA to capture methylated DNA fragments. Methylated-CpG Island Recovery Assay (MIRA) is another widely used method for 5-mC mapping that takes advantage of the high affinity of the MBD2b-MBD3L1 complex for methylated DNA (Rauch et al., Investig. J. Tech. Methods Pathol, 2005). Each of these approaches comes with its strengths and weaknesses. MeDIP-seq uses an antibody that recognizes single 5-methylcytosines and is mostly unaffected by methylation density. By contrast, the affinity of the MBD2b-MBD3L1 complex varies with methylation density allowing for specific enrichment of regions of low, intermediate or high methylation density fragments. However, MIRA does not assess methylation at every CpG dinucleotides genome-wide (Jung et al., Epigenomics, 2015).

Enrichment-based methods are typically affordable but provide only semi-quantitative information by determining general methylation levels, not exact methylation percentages. Their resolution for 5-mC detection is also limited and depends on the size of the DNA fragments captured (typically between 100-300 nucleotides). Hence, researchers turn to other approaches when single base resolution is needed, or precise methylation level determination is required.

Bisulfite sequencing provides quantitative quantification of cytosine methylation at a base resolution, for a higher cost. In the 1970s, sodium bisulfite was found to be mutagenic against cytosines (Hayatsu et al., Biochem Biophys Res Commun., 1970) but not 5-methylcytosines (Wang et al., NAR, 1980). Treatment of DNA with sodium bisulfite results in deamination of unmethylated cytosines to uridines, which are then read as thymidines upon Sanger sequencing. By contrast, 5-methylcytosines are refractory to bisulfite-mediated deamination and are read as cytosines (Frommer et al., PNAS, 1992). With the emergence of Next Generation Sequencing, a bisulfite-sequencing-derived high-throughput approach - appropriately named Whole Genome Bisulfite Sequencing (WGBS) - was developed by Joe Ecker and colleagues at the Salk Institute, producing the first genome-wide, single-base-resolution map of 5-methylcytosine (Lister et al., Nature, 2009). This breakthrough study set the stage for subsequent landmark discoveries in the field of DNA methylation.

While WGBS is the current gold standard for 5-mC mapping, its cost can be prohibitive as a robust >25x coverage over the entire genome is needed to accurately determine DNA methylation levels. Hence, alternative methods were derived to lower the cost of 5-mC mapping by interrogating only specific regions of interests. For instance, Reduced Representation Bisulfite Sequencing (RRBS) measures DNA methylation in regions of high CpG density only (Meissner et al., NAR, 2005), whereas array-based assays (e.g., Illumina Infinium®) interrogate a set of preselected regions of interest (Moran et al., Epigenomics, 2016). These strategies drastically lower sequencing costs of 5-mC mapping at the expense of covering just a fraction of the genome.

To circumvent the limitations of existing methods, Anchor-based bisulfite sequencing (ABBS) was developed as a new method for affordable detection of DNA methylation genome-wide. ABBS is a new technology developed by Active Motif and was recently described in Communications Biology (Chapin et al., Commun Biol., 2022). The strategy used here centers on focusing the sequencing power on methylated regions of DNA to reduce costs, while maintaining a base-resolution. For this, anchor primers were designed to specifically target 5-mC sites following bisulfite treatment, allowing for preferential measurement of methylation levels in methylated genomic regions (as opposed to 5-mC-depleted regions). When benchmarked to MeDIP-seq, WGBS and RRBS, the anchor-based approach was found as highly accurate (on par with WGBS) and it provides increased sequencing coverage in methylated regions (on par with MeDIP-seq). ABBS also shows higher sensitivity for detection of methylated cytosines while drastically reducing sequencing cost relative to WGBS (more than 10 times).

ABBS positions itself at the intersection of affordable enrichment-based methods and single-base resolution bisulfite-sequencing. ABBS is an excellent alternative to MeDIP-seq, as it offers near identical coverage, while adding base resolution and omitting tedious antibody-directed pull-downs. ABBS can also be an alternative for WGBS when regions of interest are located in methylation-rich sections of DNA. However, WGBS is preferred when the focus is on regions generally depleted of 5-mC. ABBS can also be used to detect differences in methylation between healthy and cancer tissues and performs well in analyses on cell free DNA (unpublished).

DNA methylation is not the only epigenetic mark that decorates cytosines. Ten-eleven Translocation (TET) methyldioxygenases are important gene expression regulators that can oxidize 5-mC to 5-hydroxymethylcytosine (5-hmC) and further oxidized forms (Tahiliani et al., Science, 2009; Ito et al., Science, 2011). 5-hmC is found in promoters, gene bodies and other regulatory elements and participates in the control of gene expression (for review, Delatte et al., EMBO J, 2014). 5-hmC abundance is about one tenth of 5-mC levels, making 5-hmC mapping challenging. Because ABBS focuses sequencing power to regions where modifications occur, the scarcity of 5-hmC is not a hurdle. In fact, the large advantage of ABBS is that the rarer the modification is, the less expensive it becomes as sequencing coverage increases proportionally. Hence, we are excited to adapt the ABBS protocol to affordably detect 5-hmC genome-wide. As more DNA modifications are discovered, potential new applications for ABBS may arise and it will be exciting to see whether the anchor-based strategy can be extended to new cytosine modifications. 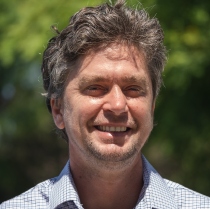 Benjamin Delatte, PhD, is a Staff Scientist, Epigenomics/Epitranscriptomics Group Leader at Active Motif. He obtained his PhD from Free University of Brussels (ULB) in Belgium before moving to San Diego for his postdoc. Ben is passionate about DNA modifications and the development of new techniques to map them genome-wide. When he is not in the lab, Ben loves hiking with his dog and binge-watching series on Netflix!

Please find me on LinkedIn.

March 4, 2021
Single-cell RNA-seq techniques have made it possible to study transcriptomics in heterogeneous samples; driving advances in our understanding of cancer, embryonic development and neurodegenerative disease. This article covers the history, protocols, and applications of Single-cell RNA-seq.

June 14, 2022
The RNA-Seq workflow normally begins with the isolation of RNA and continues with library prep. But RNA can be scary to work with! The scourge of lurking RNases has caused countless restless nights for researchers planning their first (or hundredth!) RNA extraction. Read about an alternative method of library prep, 3'-Digital Gene Expression (3'-DGE) which reduces sequencing depth requirements, the cost of sequencing, and has the potential to deliver good differential gene expression results where conventional RNA-Seq might fail.