Introduction - Do Gut Feelings Get on Your Nerves?

Symbiotic interactions between animal hosts and their gut microbiota include the bacteria, archaea, fungi, and viruses all living in the digestive tract. Some can even modulate the function of the nervous system through the activity of various bacterial metabolites and their signals. Interestingly, evidence has suggested that the gut microbiota may impact normal social behavior in hosts and induce dysfunction (e.g., autism-spectrum disorders) (Desbonnet et al., Sharon et al., Zhang et al., and Wu et al.); however, the majority of associated research has focused on one-on-one encounters or model organisms that lack complex social structures. In this article, we look at surprising work around the microbiome and its effects on social behavior using bees as a model.

Can the Gut-Brain Axis Help Build Your Social Network? Evaluating Sociability in A Hive of Activity

The authors studied microbiota-depleted (MD) bees or bees with reconstituted natural gut microbiota (CL) with the help of an automated tracking system to investigate the influence of the gut microbiota on behavior and colony social organization. While both bee populations exhibited similar movement patterns and survival rates and exhibited circadian rhythms and patterns of interactions reflecting natural behavior, CL bees displayed a higher rate of head-to-head interactions, a process essential to transmitting vital information. Furthermore, CL bees exhibited a higher degree of specialization in forming stronger social ties with specific subsets of nestmates than MD bees, who interacted more randomly within the colony. Changes to the rate/patterning of social interaction likely influence information and nutrient flow within bee colonies; therefore, these data suggest that the gut microbiota represents an important regulatory factor affecting the complex social lives of bees.

The study then shifted to analyzing soluble metabolites in the brain and hemolymph (the bee equivalent to blood) to probe how the microbiota may affect social behavior. Over one-third of brain-resident metabolites (21/60) displayed significant differences in their abundance between the two bee populations; of note, all exhibited higher abundance in CL bees, with an over-representation of amino acids and intermediates of amino acid metabolism. Furthermore, CL bees possessed a higher abundance of three of six essential and eight of fifteen non-essential amino acids, and three of seven metabolites linked to amino acid metabolism. Of note, amino acids can function as neurotransmitters, regulators of energy metabolism, and neuromodulators in the brain, highlighting their overall importance and the relevance of this finding. Interestingly, analysis of the hemolymph failed to reveal similar drastic differences, with only <8% (6/76) of metabolites displaying significant differences between the two bee populations; however, the affected metabolites did include three of those displaying differential abundance in the brain.

Excitingly, two of the twenty-one metabolites displaying more abundance in CL bee brains functioned as significant predictors of the number of head-to-head interactions; however, none of the seventy-six hemolymph metabolites predicted the number of head-to-head interactions. Overall, these findings suggest that the gut microbiota specifically increases the abundance of brain metabolites due to microbiota-derived signals received from the gut or the direct transfer of microbial/dietary-derived metabolites from the gut to the brain.

Subsequent 16S ribosomal RNA gene expression analysis investigated the effect of the microbiota in the gut and three distinct brain regions. While around five thousand bee genes (40% of the transcriptome) displayed differential expression between MD and CL bees in the gut, the microbiota affected the expression of fewer genes in the chosen brain regions. Of the ninety-one significantly differentially expressed genes in the brain, forty-five also displayed significant differential expression in the gut. The differentially expressed genes displayed enrichment for gene ontology terms related to amino acids and their metabolism, consistent with the metabolomic analyses; however, interestingly, some of the remaining enriched terms related to the epigenetic regulation of chromosome packaging and conformation. This suggests that gut microbiota may increase social tendencies by affecting brain transcriptional processes and significantly modulating chromatin accessibility and amino acid biosynthesis and metabolism in brain regions (the antennal lobes and the suboesophageal ganglion) implicated in the perception of olfactory and gustatory stimuli (Galizia, Eisenhardt, & Giurfa and Menzel, 2012).

Conclusions and Future Directions – In what Direction Do we Fly Next?

"These data suggest that there is a relationship between the brain functions essential to the social behavior of bees and their gut microbiota," says Joanito Liberti, one of the first authors of this exciting article. Meanwhile, Philipp Engel concludes, "Indeed, head-to-head interactions are essential for the transmission of vital information. General interest in the 'gut-brain' axis is growing and this avenue must continue to be explored."

The authors also note that future experimentation will be required to assess causal links between the gut microbiota, modulation of chromatin accessibility and amino acid biosynthesis and metabolism in the brain and increased social tendencies in bees and in other model systems.

For more on the social impacts induced by the "bugs in the bees," waggle-dance over to Nature Ecology & Evolution, August 2022.

How Epigenetics & RNA Can Help Save the Honey Bees

May 24, 2019
Honey bee populations worldwide are declining drastically, but a new study sheds light on how a transmissible RNAi pathway might be able to help honey bees become more resistant to pathogens and other threats. 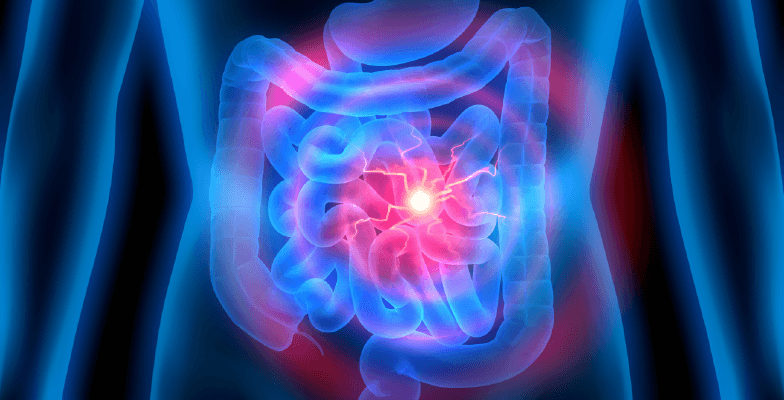 May 5, 2022
The gut microbiome helps to maintain intestinal homeostasis by creating a specific epigenetic landscape at regulatory regions under normal and inflammatory conditions. How can we support the normal, and reduce the inflamed?