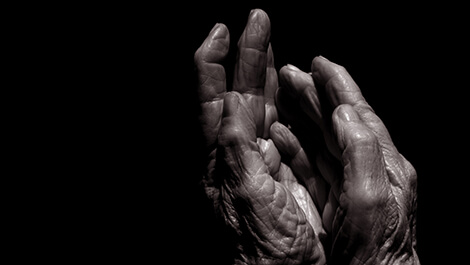 Autoimmune diseases are conditions in which the immune system becomes overactivated and ends up attacking their own healthy cells rather than foreign material like viruses and bacteria or diseased cells like those in tumors. Autoimmune diseases generally result in the immune system producing antibodies that attack healthy tissues which then trigger an inflammatory response by directing other immune cells to those otherwise healthy tissues.

There are many different types of autoimmune disorders, and some of the more common ones include rheumatoid arthritis, lupus, and multiple sclerosis.

One rare but particularly aggressive autoimmune disease is called scleroderma (also known as systemic sclerosis, or SSc). Approximately 35% of patients with SSc die within 10 years of their diagnosis, and there are currently not really any good treatments for this disease.

A recent paper found a link between epigenetics and systemic sclerosis, providing hope that epigenetic drugs might be developed to improve the treatment of this disease in the future.

Scleroderma often presents its symptoms on the fingers and hands, usually resulting in hardening of the collagen in the skin which ends up in the skin looking shiny or taut. Changes in skin pigmentation are also common with scleroderma.

What Causes Scleroderma & How is it Treated?

As mentioned previously, scleroderma is an autoimmune disease, which means that it is caused by the body’s own immune system attacking otherwise healthy tissues. For scleroderma specifically, it is caused by the body essentially thinking that it needs to repair wounds throughout the body, and therefore generating additional collagen for this purpose when it is not needed. This extra collagen changes the appearance of the skin, and it can ultimately interfere with the function of organs. This organ impairment is one the main ways the disease can contribute to the death of patients that have it.

The Causes of Scleroderma Remain Unknown

The exact causes of scleroderma are not known, but it is more common in women than men, and it is most common in middle-aged people (~30-50 years old). There might be hereditary components, but most patients with scleroderma do not have a family history of the disease.

There are cases reported where exposure to certain chemicals led to symptoms similar to those seen with systemic sclerosis or similar syndromes. A potential environmental cause of this disease suggests that it might have an epigenetic component because epigenetic changes are generally very dynamic and can occur in response to changes in the environment.

Scleroderma is a chronic disease, and there is currently no cure for it. There are some drugs that help manage the symptoms to make it easier to live with scleroderma, but there aren’t any treatments that help slow down the progression of the disease overall. Since scleroderma is an autoimmune disorder, drugs that suppress the immune system are helpful in some cases, but these types of drugs often have serious side effects. Therefore, newer and better therapeutic strategies are needed.

The Role of Epigenetics & TGFβ Signaling in Systemic Sclerosis

Cytokines that are members of the transforming growth factor-β (TGFβ) family are known to be key regulators of collagen synthesis, and high levels of TGFβ signaling have been previously observed in cases of systemic sclerosis and other related syndromes.

The mechanisms behind the increased TGFβ signaling in scleroderma are not clear, and because there is not a clear genetic component, a team of researchers recently investigated whether there was an epigenetic component.

The first experiment the scientists performed was to investigate levels of gene expression in SSc disease and normal primary fibroblasts by RNA-Seq. The researchers observed increases in TGFβ2 mRNA levels and TGFβ2 protein levels (but no changes for the other transforming growth factor isoforms, TGFβ1 or TGFβ3), suggesting that the increased levels of TGFβ2 likely contributed to the elevated TGFβ signaling seen in SSc patients.

The researchers next performed ATAC-Seq, which is a methods used to determine chromatin accessibility on a genome-wide scale, to investigate the epigenetic mechanisms behind the changes in TGFβ2 gene expression. While there were not any global changes observed between the SSc and normal healthy primary fibroblast samples, the researchers did see a significant increase in chromatin accessibility at a putative enhancer region of the TGFβ2 gene in the SSc samples relative to the normal samples.

The researchers also observed other common enhancer marks in this enhancer region in SSc samples, such as histone H3K27 acetylation (H3K27Ac) and binding of the histone acetyltransferase p300, further suggesting that an epigenetic mechanism was involved in the increased TGFβ signaling seen in systemic sclerosis. Furthermore, the researchers artificially acetylated this enhancer in normal cells, and they observed the SSc-specific pattern of gene expression, suggesting that the epigenetic changes were driving the elevated TGFβ signaling seen in SSc patients.

The Role of BRD4 and NF-κB in Scleroderma

The bromodomain and extraterminal domain (BET) protein BRD4 is one of the primary co-factors that drives gene expression when enhancers contain the epigenetic modification H3K27Ac and NF-κB is one of the main transcription factors that mediates the proinflammatory innate immune response, leading the team of researchers to investigate whether BRD4 and NF-κB were responsible for the elevated TGFβ signaling seen in the scleroderma samples.

ChIP-qPCR assays demonstrated that both BRD4 and NF-κB were present at higher levels in the primary SSc fibroblasts than the normal samples, suggesting that these factors likely mediated the TGFβ cytokine response.

Because BRD4 and NF-κB appear to contribute to the changes in gene expression observed in systemic sclerosis, the researchers hypothesized that epigenetic BET inhibitors (BETi) and anti-inflammatory drugs that inhibit NF-κB could be used to reverse the gene expression changes seen in SSc and treat scleroderma.

The team of scientists used two small molecule compounds in their experiments, JQ1, which is a BRD4 inhibitor, and BAY 11-7082, which inhibits the activation of NF-κB. Both inhibitors suppressed the SSc TGFβ response. The researchers investigated treatment with JQ1 in more detail, and they found that the BETi drug dramatically reduced the gene expression differences previously seen between the SSc and normal samples.

What’s Next for Epigenetics & Scleroderma – and Other Diseases Without Strong Genetic Components?

The recent study from Shin et al. that was published in the journal Science Translational Medicine was a really nice example of how to investigate the mechanisms responsible for human diseases, systemic sclerosis in this case, when there are no clear genetic mutations associated with the disease.

The team of scientists started with RNA-Seq to identify key changes in gene expression between diseased cells and normal samples in an unbiased manner. These experiments strongly suggested that the transforming growth factor-β pathway regulation was altered in the disease state.

The researchers next turned to ATAC-Seq, another unbiased next-generation sequencing-based approach to look for the “open” or “accessible” regions of chromatin, to look for possible mechanisms that might contribute to the disease. While they didn’t find any genome-wide changes associated with the disease samples, they did find specific changes at a putative enhancer for the TGFβ2 gene, which was the main gene that had altered expression in systemic sclerosis relative to the normal samples.

Finally, they investigated the mechanisms responsible for the disease phenotype further by performing ChIP assays for the histone modification H3K27Ac (one of the main epigenetic modifications associated with enhancers), BRD4 (one of the main co-factors that binds H3K27Ac), and NF-κB (one of the main proinflammatory transcription factors). The researchers observed elevated levels of all of these epigenetic and transcription factors in the SSc samples relative to normal samples, and they also showed that inhibition of BRD4 and NF-κB reduced the changes in gene expression that were observed to be associated with SSc.

A lot more work needs to be done before epigenetic drugs will be available to treat scleroderma or systemic sclerosis in the clinic, but the approach taken by the researchers in this paper represent a good strategy that can be applied to learn more about the mechanisms responsible for SSc and other diseases that do not have strong genetic components and are therefore likely to have epigenetic etiologies.