Epigenetics has moved well past a simple understanding of a single epigenetic layer of control at genomic regions of interest, thanks to advances in many techniques and the application of “multomics”. We can now analyze genome-wide histone modification patterns, transcription factor binding profiles, chromatin accessibility profiles, three-dimensional chromosomal conformation, and DNA methylation dynamics combined with transcriptomic analyses and associated analytical platforms. A range of fascinating studies have begun to show how integrating multiple next-generation techniques at different epigenetic levels has supported the construction of multifactorial, epitranscriptomic maps. These tools can reveal the underlying mechanics controlling gene expression and how they may influence normal and/or pathological biological processes.

Here we highlight a range of studies that utilize multiomics-based analyses of critical genomic elements, where researchers have combined methods like ATAC-Seq, RNA-Seq, DNA Methylation and MeDIP-Seq, and ChIP-Seq for analysis of many types of cells and tissues. These studies each support the benefit of a multiomic approach for the ultimate view of epigenetic processes in normal development, disease, and cancer.

Cardiomyocyte Development – Getting to the Heart of the Matter

In a key example of multiomics in a cardiovascular development model, Kranzhofer et al. sought deep insight into the epigenetic dynamics of newborn and adult mouse cardiomyocytes (the cells responsible for generating contractile force in the heart) to understand why these all-important cells lose their proliferative capacity upon cell maturation, which takes place soon after birth. Simultaneous analysis using 5-hydroxymethylcytosine sequencing (hMeDIP-Seq), 5-methylcytosine sequencing (MeDIP-Seq), RNA-Seq, and chromatin immunoprecipitation (ChIP)-Seq (for H3 lysine 27 acetylation [H3K27ac]) in cardiomyocytes isolated from newborn and adult mice allowed the authors to demonstrate the positive association of the 5-hmC modification with subsequent loss of DNA methylation in gene bodies of genes displaying upregulated expression (Mb and Pdk4 genes). Overall, this multiomics-based study helped better define the epigenetic control of gene expression during the maturation of mouse cardiomyocytes, which may contribute to future therapeutic epigenetic interventions that “switch on” non-proliferative cardiomyocytes to repair damaged tissues following myocardial infarction in human patients.

Heller et al. combined DNA methylation analysis with ChIP-Seq, ATAC-Seq, and RNA-Seq to describe the dysregulation of a critical regulatory mechanism – the CDK6-mediated regulation of DNA methylation at CpG islands – in cells from patients with acute lymphoblastic leukemia (ALL). Their multi-omics-based approach highlighted how CDK6 (overexpressed in many cancer types) controlled multiple levels of regulation, including classical gene regulation and epigenetic regulation. One fascinating part of this study integrated ATAC-Seq and ChIP-Seq for CDK6 to show how CDK6 binds to the Dntm3b gene to increase chromatin accessibility, promote gene expression, and, consequently, induce genome-wide DNA methylation (Figure 2 of Heller et al.); meanwhile, the induced loss of CDK6 expression reduces chromatin accessibility, represses Dnmt3b expression, and reduces DNA methylation levels. Overall, the discovery of CDK6 as a regulator of DNA methylation in cancer cells supports the exploration of small molecule modifiers of CDK6 activity as a potentially interesting anti-ALL therapy.

Neuroblastoma, a cancer that develops in immature nerve cells, involves the amplification of the MYCN gene in 1 in 6 cases, with the supernumerary gene copies commonly found on highly rearranged, extrachromosomal circular DNA particles. Helmsauer et al. undertook a multiomics-based analysis of the MYCN locus via ChIP-seq for H3K27ac and H3 lysine 4 monomethylation (H3K4me1), ATAC-Seq, and circular chromosome conformation capture (4C) (Figure 3 of Helmsauer et al.) in neuroblastoma cell lines and integrated these findings with data regarding the MYCN amplicon structure derived from short-read and Nanopore sequencing. Overall, this exciting study reported that “ectopic enhancer hijacking” drives MYCN expression, which helps to explain the observed structural diversity and the epigenetic regulation associated with MYCN amplification.

Blood Cancers – Approaches Published and Featured in a Webinar!

While the epigenetic techniques discussed above often use millions of cells as input and integrate datasets from different experiments using different cell samples, the rarity of certain cell samples (including patient samples) represents a significant obstacle to multiomics-based evaluations. Active Motif now provides a solution by launching a new service called “Single-Cell Multiome,” a technique developed by 10X Genomics that combines single-cell (sc)ATAC-seq with scRNA-seq. Swanson et al. provided an example of this approach’s potential; the authors created a droplet-based multiomics platform that supports simultaneous scRNA-Seq, scATAC-Seq, and protein abundance in thousands of single cells that they called TEA-seq (transcriptomics, epitopes, and accessibility). The authors hoped that similar multimodal single-cell assays could support the identification of cell type-specific gene regulation and expression in rare populations of phenotypically defined cell types. Ultimately, single-cell multiomics can eliminate more laborious methods that require isolation strategies such as FACS or magnetic sorting, which may alter the cell’s biology due to sample handling itself, giving a true look into the individual cell’s epigenetic signature. 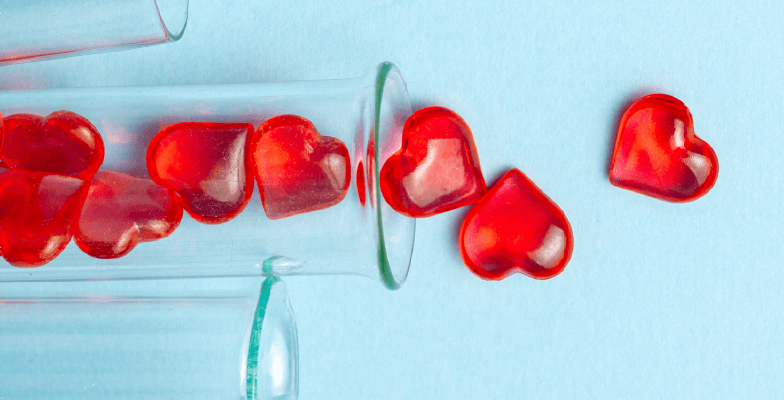 February 4, 2022
The epigenetics of cardiac disease is a growing field as researchers look for epigenetic biomarkers predictive of heart health. Can a multiomic approach get us there sooner and enable detection of heart disease early on?

Epigenetics of the Indian Cobra: Multi-Omics Breakthroughs for Recombinant Antivenom

May 11, 2021
A study which combines elegant, high-throughput, and cutting-edge omics helps to assemble the Indian cobra genome and may aid in the creation of an effective recombinant antivenom.