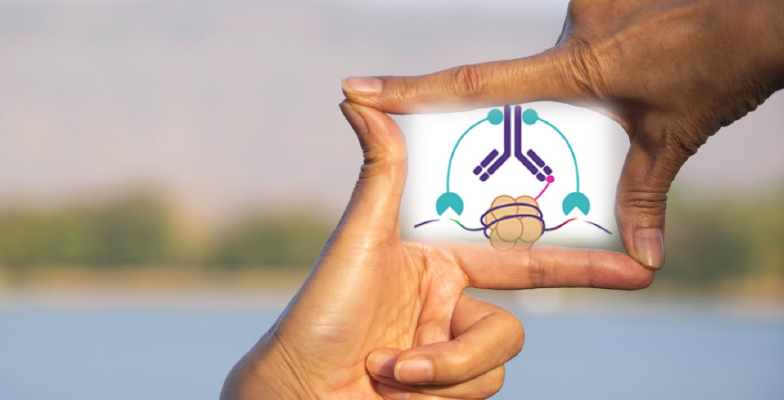 Introduction: The Potential of Spatial Omics

Spatial omics describes the application of various technologies that overlay omics-derived data onto tissue images to identify molecular subpopulations of cells and provide information on the spatial localization of subpopulations within the tissue of origin and their relation to each other and microenvironmental components. As a prime example of the vast potential of spatial omics, the spatial integration of multiomics data promises to yield a more comprehensive understanding of the cell-to-cell variation within and between tumors and describe the interplay between individual cancer cells and the tumor microenvironment. Overall, such findings will support the development of safer and more effective anti-cancer therapeutics.

While we understand that cell-type-specific chromatin modification states control genome and cell function, integrating spatial epigenomics data from cells in the tissue of origin remains a challenge, even given recent advances in single-cell epigenetic profiling. In a considerable step forward in spatial epigenomics, a team headed by Rong Fan (Yale School of Medicine, CT, USA) recently combined microfluidic deterministic barcoding, cleavage under targets and tagmentation (CUT&Tag) chemistry, and next-generation sequencing to develop a technique that spatially resolves genome-wide chromatin modification profiles in an unbiased manner. Their innovative approach - spatial-CUT&Tag - may help us see the bigger picture of chromatin modification profiles and offer a new means of exploring epigenetic regulation, cell functions, and fate decisions under both physiological and pathogenic conditions.

As reported recently in a paper by Deng and colleagues, spatial-CUT&Tag comprises eight straightforward steps (Figure 1 of the original study). Initial steps comprise 1) adding a histone modification-specific antibody to fixed tissue 2) and then adding a secondary antibody to enhance the tethering of a transposome, before 3) activating the transposome to insert adapters containing a ligation linker into genomic DNA at histone modification antibody recognition sites. These initial steps are followed by 4) flowing DNA barcodes over the tissue through microchannel-guided delivery to allow in situ ligation to adapters, followed by 5) a second set of barcodes over the same tissue through a microchannel perpendicular to the first barcoding step (barcodes ligated at intersections result in a two-dimensional grid of tissue pixels containing a distinct barcode combination). The final steps involve 6) tissue imaging to correlate morphology with spatial epigenomics, 7) collecting DNA fragments to complete library construction, and 8) performing next-generation sequencing.

Demonstrating the Potential of Spatial-CUT&Tag in Mouse Embryos

Finally, spatial-CUT&Tag analysis of the early mouse embryo brain provided evidence for distinct spatial patterns, especially when evaluating H3K27me3, in agreement with the organ-specific bulk ChIP-seq data. Analysis of H3K27me3 also supported the definition of distinct modification patterns, with pathway analysis of marker genes revealing that different clusters participated in forebrain development, anterior/posterior pattern specification, and heart morphogenesis. A similar study in post-natal mouse brains also revealed distinct spatial features. The comparisons of spatial patterns of marker genes with gene expression patterns from single-cell transcriptomics data suggested that H3K27me3 plays a vital role in maintaining the identities of specific brain regions at post-natal stages. The integration of spatial-CUT&Tag data with single-cell CUT&Tag and single-cell RNA-seq datasets also assisted the identification of other cell types and supported the prediction of the region in which a cell type in scRNA-seq or scCUT&Tag localizes.

Seeing the Bigger Picture with Spatial-CUT&Tag

Overall, spatial-CUT&Tag analysis can help us see the big picture by spatially resolving chromatin modification profiles in the mouse embryo to reveal tissue-type-specific epigenetic regulation and provide spatial information at the tissue scale. Furthermore, spatial-CUT&Tag describes the epigenetic control of neuronal development and spatial patterning of cell types determined by histone modifications in the mouse brain. Notably, spatial-CUT&Tag may also support the derivation of in-situ single-cell epigenome data by detecting areas containing only one nucleus via immunofluorescence.

Moving forward, the authors note that the microfluidic in-tissue barcoding strategy employed in spatial-CUT&Tag could facilitate the integration of tissue mapping of histone modifications with transcriptome and various protein assays to further expand our knowledge. Furthermore, the authors highlight improvements to the microfluidics platform or increasing the number of barcodes as possible means to further expand the extent of spatial CUT&Tag-mediated mapping.

For more on how spatial-CUT&Tag can help us see the bigger picture regarding chromatin modification profiles, head over to Science, February 2022.

Library QC for ATAC-Seq and CUT&Tag AKA “Does My Library Look Okay?” 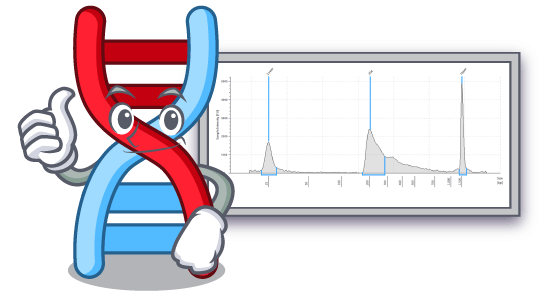 December 8, 2021
“Does my library look okay?” is the most common question posed to Active Motif technical support. Get the practical scoop on quality control for ATAC-seq and CUT&Tag libraries. Find out how much library to expect from different libraries, what they should look like, and what to do if it’s not as expected.

November 24, 2020
CUT&Tag shows a lot of promise and has the potential to alleviate some ChIP limitations, but it also has its own set of limitations that must be considered. This article covers what CUT&Tag is and describes the advantages and drawbacks of this method.