DNA methylation is one of the most important epigenetic modifications because it contributes to the regulation of so many different biological processes and is involved in multiple different human diseases.

There are a lot of different ways to study DNA methylation, and the best method to use depends on the goals of the experiment. Many researchers want to identify the exact cytosine residues that are methylated in their samples and quantitatively know the levels of methylation at these sites in the different samples being compared.

One option for experiments like this is whole genome bisulfite sequencing (WGBS), which gives single-nucleotide resolution DNA methylation analysis across the entire genome. However, because the time and cost required for the sequencing and bioinformatics of whole genome assays are so high, many researchers are turning to a method called reduced representation bisulfite sequencing (RRBS) for their genome-wide DNA methylation assays.

RRBS was first published by Alex Meissner and colleagues in Rudolf Jaenisch’s laboratory at the Whitehead Institute for Biomedical Research in 2005 in the journal Nucleic Acid Research. Their goal was to develop a large-scale high-resolution DNA methylation analysis method to identify methylated DNA sequences on a genome-wide scale.

To check the accuracy of their technique, the researchers in Jaenisch’s group compared the methylome of murine embryonic stem (ES) cells with ES cells lacking the DNA methyltransferases Dnmt3a and 3b and with ES cells with levels of Dnmt1 knocked down. They used BglII as the DNA methylation-insensitive restriction enzyme to digest their genomic DNA. After performing a size selection step to isolate DNA fragments 500-600 bp in length, the isolated DNA was cloned into a library to be sequenced. In the original article, the researchers sequenced the DNA using Sanger sequencing technology (this was before the rise of NGS!).

Over the years, RRBS methods and protocols evolved and have improved. First, instead of using BglII, restriction-based CpG enrichment was performed with the MspI restriction enzyme to cover more CpG sites. Some groups reported using several additional restriction enzymes to obtain even better coverage. With advancements in DNA sequencing technologies, the Sanger sequencing was replaced by next-generation sequencing (NGS), and in 2011 Alex Meissner’s group published a new protocol for NGS-based RRBS. In 2015, the RRBS method was adapted for single-cell analysis of DNA methylation, improving the investigation of the epigenome in a heterogeneous population of cells.

The RRBS method has now been published in hundreds of peer-reviewed journal articles. It has been used in several studies reported in high impact factor journals, highlighting the role of DNA methylation in erythropoiesis, Huntington’s disease, as well as B cell activation.

What Regions of the Genome are Covered by RRBS?

The principle of RRBS is to focus coverage on the regions of the genome containing CpG dinucleotides, which are the primary sites of DNA methylation, instead of the whole genome, to reduce sequencing requirements and cost.

CpG islands (CGI) are genomic regions that have a high proportion of CpG dinucleotides that play an important role in the regulation of transcription because they are targeted by methylation. CGIs are often located close to or within promoters (~70% of promoters have CGIs) or first exons, and methylation of CGIs is one of the major mechanisms involved in the regulation of gene expression.

The beauty of the RRBS method is that by using specific restriction enzyme digestions and size selection you are able to get single-nucleotide resolution DNA methylation data for ~80% of human CGIs and more than 50% of human promoters while only sequencing ~3% of the genome. To improve coverage even more, it is possible to use two or more endonucleases or different size selection strategies.

How Does RRBS Work?

There are many critical steps in the RRBS protocol that each require some optimization, and there are several specialized RRBS protocols that are optimized for different purposes, organisms, or sample types, but a standard protocol is described below.

DNA methylation is an important mechanism involved in the regulation of gene expression. This type of epigenetic regulation is altered in several human diseases, including cancer, neurodegenerative diseases, aging, and immunological diseases. Some examples of how RRBS has been used to study these disorders are discussed below.

In gastric cancer, hypermethylation of gastrointestinal hormone receptors is associated with gastric carcinogenesis evolution in human samples. Similar observations have been made for colorectal cancer, where combinations of hypermethylated CpG sites correlated with cancer progression.

DNA methylation patterns are often dysregulated in cancer, and the RRBS method provides a powerful method to investigate epigenetic changes associated with carcinogenesis.

Huntington’s disease (HD) is a progressive brain disorder that causes uncontrolled movements, emotional problems, and loss of the ability to think clearly. HD is caused by a mutation in the gene encoding the huntingtin protein. The mutation is usually an expansion in the CAG trinucleotide repeat which results in additional glutamine residues being included in the huntingtin protein. RRBS analyses of striatal neuron cells with and without the mutation in the huntingtin gene revealed that regions with low CpG content, which have previously been shown to undergo methylation changes in response to neuronal activity, are disproportionately affected.

In addition to being our defense mechanism against many diseases, the immune system is also itself involved in many important human diseases including autoimmune diseases and inflammatory diseases. RRBS analyses of macrophages from cystic fibrosis samples identified hypermethylation of the Atg12 promoter that reduced autophagic activity, a characteristic of this disease.

Additionally, during red blood cell development, also known as erythropoiesis, rapid demethylation across the genome throughout differentiation was observed by RRBS. Global DNA demethylation is observed in many types of cancer, and the observation that it also occurs in the normal course of development for some cell types suggests that this mechanism is important, and the erythropoiesis model might allow researchers to better study this phenomenon.

In a gestational diabetes mellitus mouse model, RRBS revealed altered DNA methylation patterns in the pancreas of the offspring and many differentially methylated genes were involved in glycolipid metabolism and related signaling pathways.

We recently caught up with diabetes expert Dr. Jean-Sébastien Annicotte to discuss the role of epigenetics in diabetes and obesity.

Using RRBS to Study the Link Between DNA Methylation & Aging

Changes to DNA methylation patterns have been strongly linked to aging, and researchers at the Mayo Clinic used RRBS to observe significant differences in methylation between young and old subjects in the promoters of 1528 target genes in bone marrow mesenchymal cells.

Researchers in Norway also used RRBS to identify age-associated longitudinal changes in DNA methylation in blood samples collected from patients at ages 2, 10, and 16. These findings can contribute to our understanding of how epigenetics contributes to the normal aging process, and hopefully ultimately identify epigenetic changes that are likely to lead to age-related diseases.

How to Get Started Using RRBS in Your Research

Active Motif has been providing products and services to enable epigenetic research for over 20 years and offers a complete end-to-end RRBS service. Researchers submit frozen cells or tissue (including FFPE tissue), or purified DNA, and the expert team at Active Motif performs all of the steps in the RRBS workflow, including NGS, bioinformatics, and all QC steps – and troubleshooting if needed.

Our bioinformatics analysis pipeline delivers the raw data (FASTQ) output files, aligned data (BAM) files, as well as data visualization files. The BAM files can be uploaded for viewing in IGV (Integrated Genome Viewer) and other genome browsers. Some types of data visualization files that are included are a methylation table including percent methylation value for each CpG, a differential methylation analysis, and additional figures and graphs with coverage depth analysis, heatmaps, and pie charts.

You can also do RRBS on your own, but the majority of steps in the protocol, including the enzyme digestion, library preparation, size selection, and bisulfite conversion, need to be optimized to generate data you can trust. Each step in the RRBS workflow also needs relevant quality controls to ensure that the sequencing results are good. The most difficult step remains the bioinformatic analyses of the large amount of data that you generate with RRBS. Inaccurate analyses can lead to false positive or false negative results, leading to data that cannot be trusted.

Summary: The RRBS Method is a Great Option for Researchers That Want More from their DNA Methylation Analyses

Different techniques exist to analyze DNA methylation, each with their own advantages. Many scientists use the Illumina DNA methylation arrays for 5-mC analysis because they are cheap. However, the arrays don’t allow you to discover new DNA methylation sites that might be unique to your specific disease model or experimental system, and they are not compatible with non-human samples, so arrays won’t work for many researchers.

RRBS presents different advantages to consider. Besides the low amount of DNA needed for the RRBS protocol and the compatibility with FFPE samples, RRBS also analyzes DNA methylation levels on a genome-wide level with single base-pair resolution and covers many more sites than the Illumina arrays.

Therefore, researchers that want more from their DNA methylation studies are using NGS-based methods such as RRBS and WGBS. The dropping cost of DNA sequencing is also making the sequencing-based approaches more attractive. Genome-wide NGS-based approaches for investigating DNA methylation likely represent the future methods of choice for researchers, and many scientists have already made the switch.

Contact us if you are interested in learning more about RRBS, how our service works, or to obtain a quote.

Anne-Sophie was born in the south of France and grew up between the Mediterranean Sea and the Pyrenean Mountains. She grew up as a science fiction fan, leading her to specialize in molecular biology and genetics during graduate school at the University of Lyon, France (secretly hoping her research would give her superpowers!). After living in different places for work, she is back in Lyon, France where she shares her time between her husband, her family, and her friends. During her free time, Anne-Sophie challenges herself with hiking, climbing, racing, and traveling in foreign countries – while waiting for her superpowers to grow!

Contact Anne-Sophie on LinkedIn with any questions, or to tell her about your superpowers. 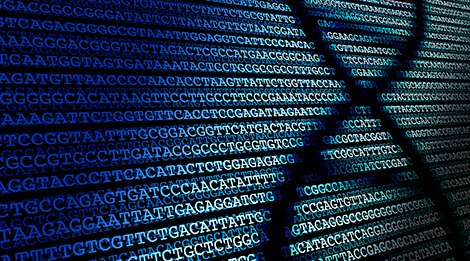 February 9, 2021
The ATAC-Seq method was just published in 2013 and it has already become one of the most common and powerful ways to study chromatin states on a genome-wide level. This article covers what ATAC-Seq is and how to use it in your research. 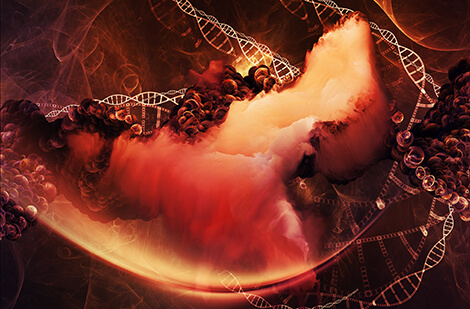 September 3, 2019
There are many methods for detecting protein-protein interactions. The RIME protocol is gaining popularity because of its unique advantages over the other methods. This article covers what RIME is and how it works, and provides tips to researchers that want to get started with RIME.