Early-life Exposome Accelerates Epigenetic Aging – Is There No Going Back Now? 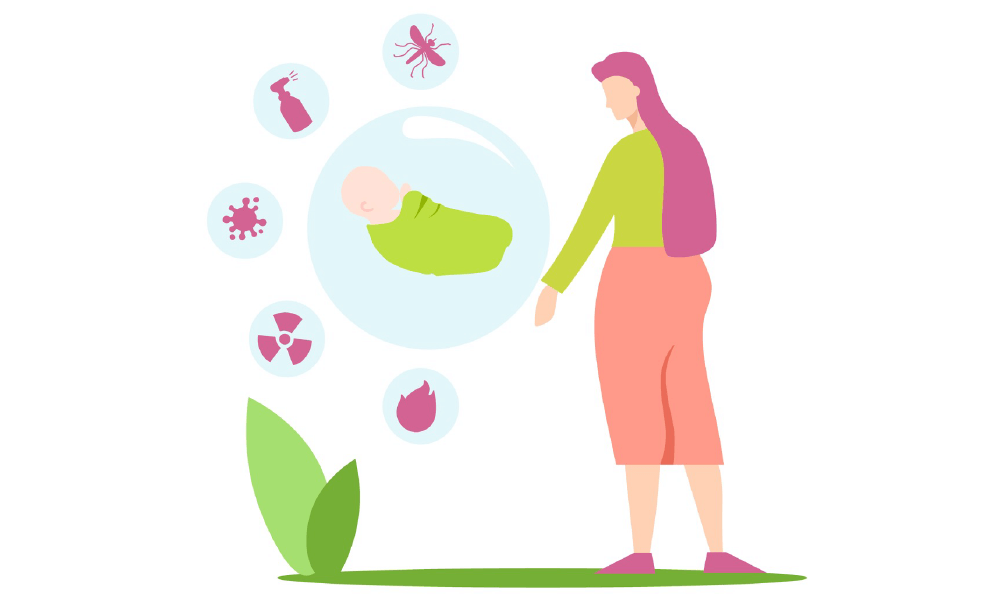 Introduction: The Exposome and Epigenetic Clocks – What We Currently Understand

Early life represents a critical window of susceptibility to exposure to various environmental stressors collectively known as the early-life "exposome" (Miller, 2021 and Wright, 2017). Exposure during this all-important era of life can significantly influence the rate of aging as measured by DNA methylation-based epigenetic clocks (Horvath, 2013, McEwen et al., 2019, and Wu et al., 2019), which predict the age of an individual from DNA methylation levels at specific sites (Horvath and Raj, 2018). The early-life exposome significantly impacts human health and disease risk in later life (Barouki et al., 2012), with accelerated epigenetic aging proposed as an underlying mechanism. Much like biological age, increased epigenetic age has been linked to the onset of various age-related conditions, including cancer (Dugué et al., 2018), and overall mortality (Chen et al., 2016).

While previous studies have described associations between exposure to specific environmental stressors and epigenetic age acceleration (Martin and Fry, 2018 and Simpkin et al., 2016), only a few reports have evaluated children specifically and, in these cases, the focus lies on a single exposure rather than the power of the exposome as a whole (Javed et al., 2016 and Simpkin et al., 2017). Overall, ongoing attempts to determine the beneficial or detrimental effects of the exposome with regard to human health and identify the exact underlying biological mechanisms could help to draft safety parameters for specific exposures during early life and perhaps provide a means to reverse any detrimental impacts (Buck Louis et al., 2017 and Logan et al., 2018).

A recent study from researchers led by Mariona Bustamante and Martine Vrijheid (Instituto de Salud Global de Barcelona, Spain) represents the first to evaluate associations between the early-life exposome and epigenetic age acceleration in children; their fascinating findings suggest that exposure to tobacco smoke during pregnancy and childhood and fuel-associated pollutants during childhood might accelerate epigenetic aging to impact adult health status.

de Prado-Bert and colleagues searched for any associations between more than 100 exposure types (representing the "exposome") during pregnancy/early childhood and epigenetic age acceleration in nearly 1200 male and female children aged between 6 and 11 years old from the "Human Early-Life Exposome" or HELIX project. The study calculated epigenetic age acceleration by applying blood sample-derived DNA methylation profiles measured by Infinium HumanMethylation450 BeadChips to "Horvath's Skin and Blood clock," chosen from a selection of related epigenetic clocks thanks to a stronger correlation with chronological age. This epigenetic clock was created and trained on a cohort of over 1200 individuals aged between 0 to 75 years old and has been widely applied in the aging field to monitor biological aging (Horvath et al., 2018).

The exposome-wide association study revealed that maternal tobacco smoking during pregnancy associated with increased epigenetic age acceleration in children; furthermore, this study also provided evidence that indoor particulate matter absorbance (employed as a proxy for elemental/black carbon, which themselves are pollutants derived from the incomplete combustion of fossil fuels, biofuels, and biomass (Briggs and Long, 2016) and parental smoking during childhood (second-hand smoke) associated with increased epigenetic age acceleration. Further analysis of the impacts of exposure to tobacco smoke demonstrated a dose-dependent effect during pregnancy and childhood, in which a higher dose or a longer duration of exposure related to increased estimates. Unfortunately, no significant associations remained after multiple-testing correction; however, this study does provide evidence that exposure to tobacco smoke during pregnancy and early childhood and other critical pollutants during childhood may accelerate epigenetic aging.

Interestingly, the authors discovered an epigenetic age deceleration associated with exposure to an organic pesticide (dimethyl dithiophosphate), an unexpected finding given that exposure to this compound had previously been suggested as a risk factor for age-related diseases (Hayden et al., 2010). A larger intake of fruit and vegetables may explain both the higher levels of this pesticide and epigenetic age deceleration, although this hypothesis requires further investigation. Additionally, a persistent pollutant (polychlorinated biphenyl-138) also associated with epigenetic age deceleration, which again represents an unusual finding given the general toxicity of these compounds (Sun et al., 2005). As adjusting for child body-mass index largely attenuated this association, the authors state their unexpected findings may be explained by the highly lipophilic nature of related chemicals and their subsequent storage in fat tissues rather than overall exposure (Vrijheid et al., 2020); however, the authors again report a need for further research to provide conclusive results.

The authors finally sought to analyze those genes associated with altered DNA methylation levels to interpret the biological meaning of exposome-induced epigenetic alterations during early life in this cohort. Mapping of the 122 implicated genes suggested an enrichment of genes in the "Adaptive and innate immune system," "Apoptosis, cell cycle and cancer," and "Detoxification of xenoestrogens" biological pathways, suggesting that these genes might mediate the effects of exposure to tobacco smoke and indoor particulate matter absorbance in early life.

While this study provides a detailed assessment of the impact of the early life exposome, the authors highlight some critical constraints to interpreting these findings. These include limitations associated with the epigenetic clock used (which was not explicitly trained with a young cohort and could lead to errors when assessing epigenetic aging), the inability to establish causal links between environmental exposures and epigenetic age acceleration, the possible existence of residual confounding factors, and the need to explore a comprehensive list of environmental stressors affecting epigenetic age acceleration to cover a complete exposome.

Overall, this fascinating study has highlighted how components of the early life exposome may negatively impact future health and increase disease risk in adult life by accelerating epigenetic aging and altering the epigenetic regulation of pathways involved in inflammation, detoxification, and cell cycle control. The authors propose that, considering aging as a worldwide public health issue, research such as theirs may help to reduce the exposure of children to environmental stressors and, in this manner, promote healthy aging from the early stages of life, which could reduce the burden on healthcare systems worldwide.

For more on how the early-life exposome may impact future health and disease risk via accelerated epigenetic aging, see Environment International, October 2021.

DNA Methylation and Aging: Best of Friends, Worst of Enemies? 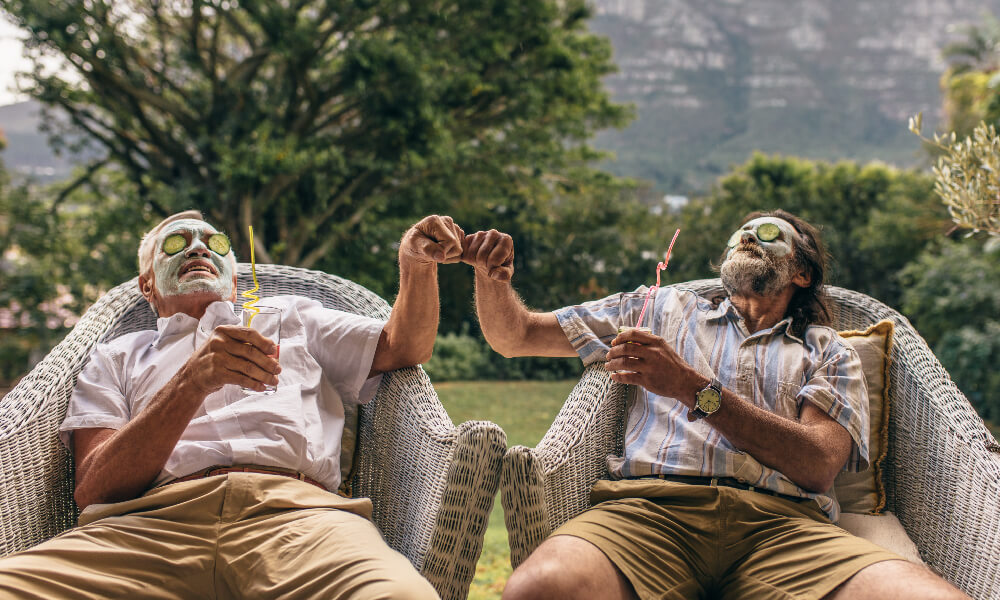 Could Long-term, Partial Reprogramming our Cells Battle Aging and Give us “Good Genes”?

June 1, 2022
Researchers reveal that long-term partial reprogramming does battle against the signs of aging and helps wild-type mice go long into a healthy old age. Here’s hoping for human healthy aging on the inside as well as the outside!