HDAC6 (Histone Deacetylase 6) is a member of the class IIb mammalian histone deacetylases (HDACs) involved in regulating chromatin structure during transcription. These enzymes catalyze the removal of acetyl groups from lysine residues of histones or many cellular proteins. Lysine N-ε-acetylation is a dynamic, reversible and tightly regulated protein and histone modification that plays a major role in regulation of gene expression in various cellular functions. It consists of the transfer of an acetyl moiety from an acetyl coenzyme A to the ε-amino group of a lysine residue.

In vivo, acetylation is controlled by the antagonistic activities of histone acetyltransferases (HATs) and histone deacetylases (HDACs). The HDACs are grouped into four classes, on the basis of similarity to yeast counterparts: HDAC class I (HDAC1, HDAC2, HDAC3 and HDAC8), class II (HDAC4, HDAC5, HDAC6, HDAC7, 9 and 10), class III (SIRT1-7) and class IV (HDAC11).

HDAC6 is a unique enzyme that harbors a full duplication of its deacetylase homology region, which appears to contribute independently to the overall activity of HDAC6 protein. Alpha-tubulin and HSP90 are two known substrates of HDAC6, playing an important role in cellular mechanisms related to the microtubule network and HSP90-dependent events. HDAC6 also participates in regulating expression of a group of genes involved in the remodeling of chromatin during cell differentiation. 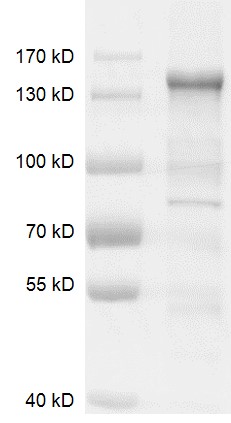 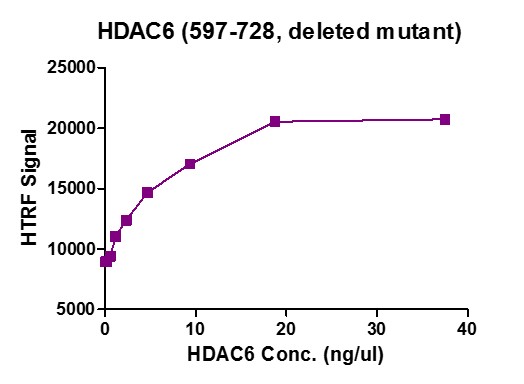