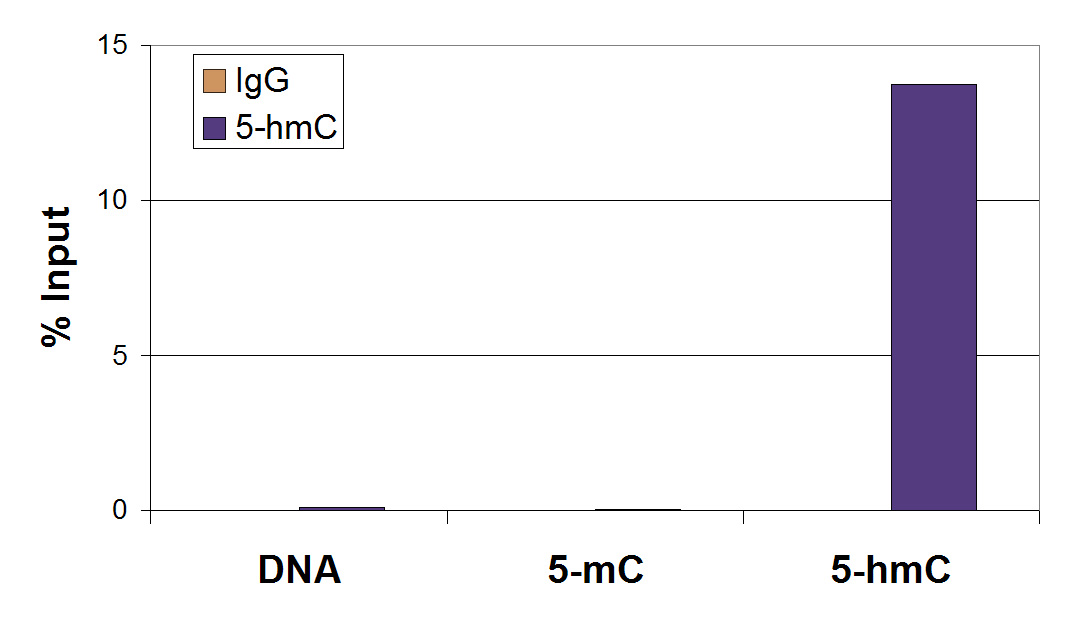 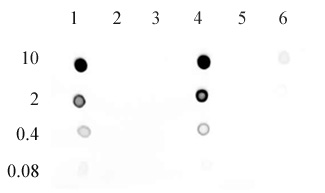 5-Hydroxymethylcytosine (5-hmC) antibody (mAb) tested by dot blot analysis.
DNA samples were spotted (indicated in ng on the left) on to a positively charged nylon membrane and blotted with 5-Hydroxymethylcytidine antibody at a 0.2 µg/ml dilution.