Note: many chromatin-bound proteins are not soluble in a low salt nuclear extract and fractionate to the pellet. Therefore, we recommend a High Salt / Sonication Protocol when preparing nuclear extracts for Western Blot.

This Histone H4 acetyl Lys5 antibody was raised against a peptide including acetyl-lysine 5 of histone H4. 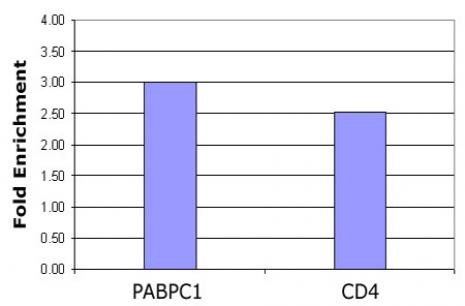 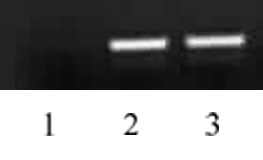 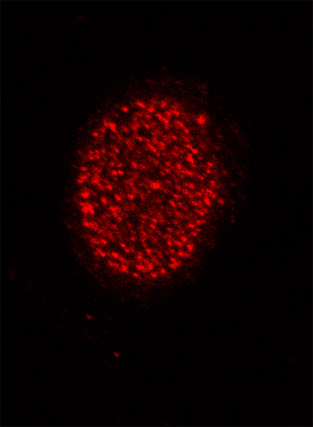 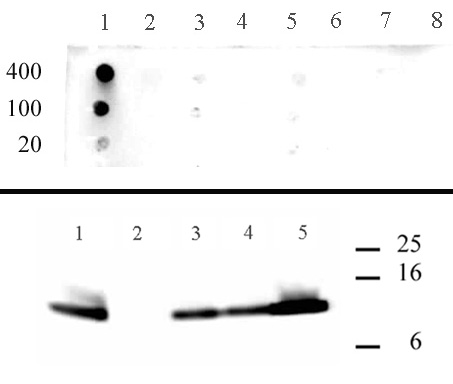 Histone H4 is one of the core components of the nucleosome. The nucleosome is the smallest subunit of chromatin and consists of 147 base pairs of DNA wrapped around an octamer of core histone proteins (two each of Histone H2A, Histone H2B, Histone H3 and Histone H4). Histone H1 is a linker histone, present at the interface between the nucleosome core and DNA entry/exit points; it is responsible for establishing higher-order chromatin structure. Chromatin is subject to a variety of chemical modifications, including post-translational modifications of the histone proteins and the methylation of cytosine residues in the DNA. Reported histone modifications include acetylation, methylation, phosphorylation, ubiquitylation, glycosylation, ADP-ribosylation, carbonylation and SUMOylation; they play a major role in regulating gene expression.

Lysine N-ε-acetylation is a dynamic, reversible and tightly regulated protein and histone modification that plays a major role in chromatin remodeling and in the regulation of gene expression in various cellular functions. Histone H4 molecules acetylated at Lys5 or Lys8 are distributed in overlapping, but non-identical, islands throughout the euchromatic chromosome arms.

This antibody has been validated for use in ChIP and/or ChIP-Seq, and can be used with Active Motif's ChIP-IT® High Sensitivity Kit or our magnetic bead-based ChIP-IT® Express Kits. For an overview of all of our ChIP products, please visit our Chromatin IP Page to learn about ChIP products designed for use with Histone H4K5ac antibody (pAb). 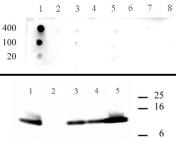