Histones are basic nuclear proteins responsible for nucleosome structure of the chromosomal fiber in eukaryotes. Two molecules of each of the four core histones (H2A, H2B, H3, and H4) form an octamer, around which approximately 146 bp of DNA is wrapped in repeating units, called nucleosomes. In vivo, histones are wrapped around by DNA in chromatin. Therefore, nucleosomes are more physiologically relevant substrates than histones and histonederived peptides for in vitro studies. More importantly, some histone methyltransferases are significantly more active, as well as specific, when using nucleosomal substrates in HMT assays, such as DOT1L and NSD family enzymes. Nucleosomes are also widely used in histone methyltransferase screening assays to identify small molecular inhibitors for drug discovery. The called linker histone, H1, binds to linker DNA between nucleosomes forming the macromolecular structure known as the chromatin fiber. So it is necessary for the condensation of nucleosome chains into higher-order structured fibers. It can also act as a regulator of individual gene transcription through chromatin remodeling, nucleosome spacing and DNA methylation. Histone H1.2 is a replication-dependent histone that is a member of the histone H1 family.

Recombinant Mononucleosomes (H1.2) are suitable for use as substrate of enzymatic assay or other biochemical assay. 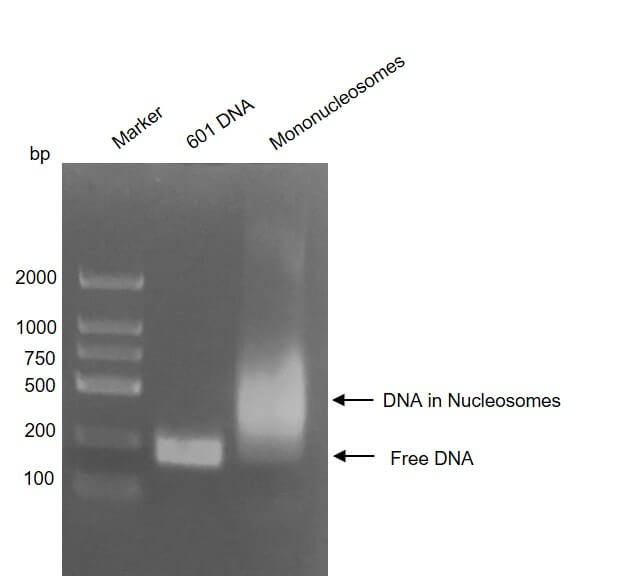 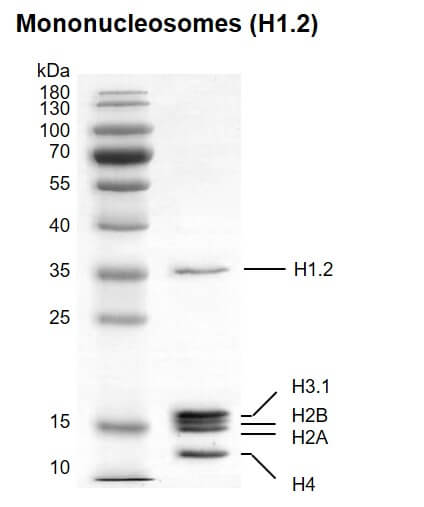 Western blot assay for Recombinant Mononucleosomes (H1.2)
2 µg Recombinant Mononucleosomes were incubated with 0, 12.5, 25, 50 ng DOT1L (Cat. No. 31474) respectively in reaction buffer containing 50 mM Tris-HCl pH 8.6, 0.02% Triton X-100, 2 mM MgCl2, 1 mM TCEP and 50 µM SAM for 2 hr at room temperature. Half of the reactions were run on a 12.5% SDS-PAGE gel and detected with H3K79me1 antibody (Cat. No. 39921) and H4 antibody (Cat.No. 39269), respectively. DOT1L protein and Recombinant Histone Octamers were used as controls. H4 was detected as the loading control. The result shows that mononucleosomes are better than octamers as substrates for DOT1L. 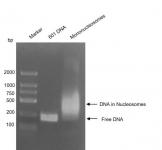